How can art create a less violent society?

This year, as part of The Monument Trust Fellowship, the National Criminal Justice Arts Alliance's annual Anne Peaker lecture will focus on art and violence.

The event, at the National Theatre in London on Friday 5th October, will be chaired by Alison Frater with a panel debate from a variety of contributors including academics and artists. Speakers include:

Synergy Theatre Project will also be performing their new play Blackout on the theme of youth violence.

The event will run from 6pm- 8pm with networking drinks until 9pm. Spaces are extremely limited so please book in advance.

If you have any questions about the film please contact dora.dixon@clinks.org
Posted by Clinks and National Criminal Justice Arts Alliance at 03:20 268 comments: 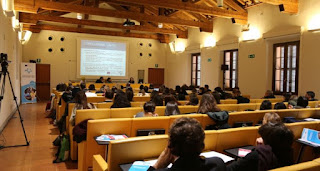 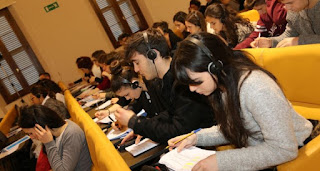 You can view our presentation in the first 15 mins of the video above.
Posted by Cara Cinnamon at 05:32 460 comments:

The law and practice of parole is in transition. Recent judicial decisions and the Government’s review into the law, policy and procedure relating to parole decisions are likely to lead to profound changes. This timely conference will focus on these recent developments and aims to enrich the responses to the Government’s current consultation. The consultation is open until 28 July.

Experts in parole, public law and the Chief Executive of the Parole Board will lead sessions at the Conference, with a panel of respondents. Each session will include time for questions and comments from the audience. Other confirmed panellists include Phillippa Kaufmann QC and Dr Jackie Craissati. The conference will be of interest to academics, legal practitioners, Parole Board members and everyone interested in the future of parole. 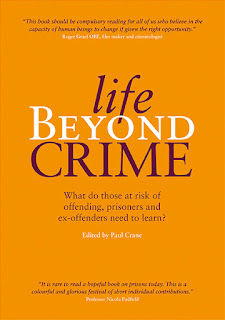 'Life Beyond Crime: What do those at risk of offending, prisoners and ex-offenders need to learn?' was the collection of the responses to the first annual Monument Fellowship question.  There were more than 60 contributions from serving prisoners, ex-offenders, artists, academics and many criminal justice practitioners.  We wanted to hear about their experiences as contributors.  Some of these are given below.

Comments from contributors
“I have found the essays in the book fascinating, inspiring and provocative. I hope to meet more  of the contributors in the future.” Tom Millest, Parole Board
“The book launch … made me feel proud that my experiences might go on to help others feel a little better in some way and your efforts to do the same warm me" Gareth Evans, Cambridge University Institute of Criminology
“The book a fantastic achievement, an important resource for anyone interested in making the prison system safer, more humane and ultimately more effective in promoting better outcomes for its many “stakeholders” Tom Pauk, prison visitor
“It was lovely to be in a room of such inspirational people. It is such things which power me to do the best I possibly can for the people we work with.” Clare O’Sullivan, HMP Frankland
“I found the atmosphere and discussion provocative and emotional, so thank you so much for involving me, I feel very privileged to have play a small part.” Corin Morgan-Armstrong, HMP Parc
“It was a real honour to be a part of the book launch, and great to meet both yourself and Gerard as well as hear more about the work of the Monument Trust. I haven’t yet managed to read all of the contributions, but of those I have read there were many that moved me. I also found the open discussion during the launch very affecting; I think it’s so important to be addressing these themes… from my experience, the prison environment is severely lacking in emotional intelligence/understanding/awareness, and the more we can discuss crime and punishment within this context the better.” Ella Whittlestone, HMP Peterborough
“I thought the event was great and I have already started to promote the book to our postgrad students. Whilst I am still ploughing my way through the contributions, what is immediately clear is that the voices of contributors retain a sense of optimism and authenticity, despite the obvious challenges facing HMPS.”  Paul Hamilton, Nottingham Trent University
“I thoroughly enjoyed the evening and am finding the book so interesting. What a privilege to be part of such a great project.” Ruth McFarlane, Open University
“It was a great event and the book is brilliant, we need more books like this as it shows how many different prospective there are on this subject.” Shirl Tanner, Sussex Pathways

Can you answer our question for 2018?


"How can we be a less violent society?"

Posted by The Monument Fellowship at 06:21 66 comments: