The arts in prison has been a longstanding commitment of the Monument Trust and the organisations in the Monument Fellowship. Tuning Up is an ongoing project in HMP Whitemoor with Britten Sinfonia using orchestral repertory to engage and develop prisoners' music skills and enhance their relationships and wellbeing.

The partners in Tuning Up were Lemos&Crane, Britten Sinfonia, HMP Whitemoor and Orchestras Livee. Our hypothesis was that Tuning Up in all its aspects would increase interest among the participants in prison in unfamiliar musical forms from the orchestral repertory.  The focus on orchestral repertory rather than more familiar musical forms like rap, R&B or hip hop was with the objective that engagement with classical music would be unapologetically educational, stretching and aspirational. We also wanted to develop musical enthusiasm, commitment, skills and interest in future development of their musical interests and skills.

In addition to these musical benefits, we also hoped for other personal and socially beneficial outcomes including increasing confidence and self-esteem, improved mental health and coping mechanisms for prison life during a long sentence, better communication and collaborative skills and empathy among residents and between residents and staff and a sense of achievement in their own eyes and in the eyes of family, friends, other residents and prison staff.   We also hoped there would be benefits for prison life generally: more co-operative residents with new interests, better social skills, more positive relationships with staff and other residents as well as higher levels of staff motivation and engagement with creating and enhancing a more rehabilitative culture.

Our ambition was that the programme would also be personally and musically developmental for the musicians, enhancing their creative skills with a community and in a setting that was new for most of them. We also hoped that over the long term programmes such as this could contribute to changing public perception of offenders' skills and abilities and engender more understanding of prisons, those living in them and their lives.

You can read the full evaluation of the first phase of Tuning Up here and see if we met our ambitions. 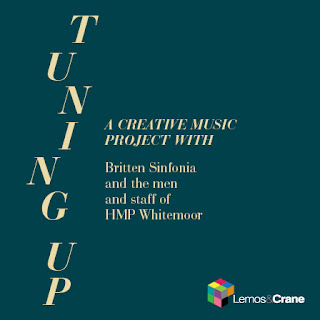